Board Member: Dr. Sylvia A. Earle 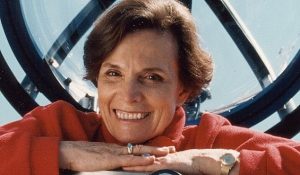 Dr. Sylvia A. Earle, Founder and Chair of The Sylvia Earle Alliance/Mission Blue and Ocean Doctor Board Member

Formerly Chief Scientist of NOAA, Dr. Earle is a National Geographic Explorer in Residence, Founder of SEAlliance, Mission Blue, and Deep Ocean Exploration and Research, Inc., and Chairs Advisory Councils for the Harte Research Institute for Gulf of Mexico Studies; the Ocean in Google Earth; the Marine Science and Technology Foundation and the Schmidt Research Vessel Institute. She has a B.S. degree from Florida State University, M.S. and PhD. from Duke University, 19 honorary degrees, has lectured in more than 80 countries, appeared in hundreds of radio and television productions and has authored more than 175 scientific, technical and popular publications
including Exploring the Deep Frontier, Sea Change, Wild Ocean, Dive, The National Geographic Atlas of the Ocean and The World is Blue. 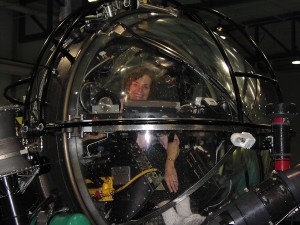 Dr. Sylvia A. Earle at the helm of the Deep Rover submersible (Photo: D. Guggenheim)

Dr. Earle has led more than 100 expeditions and logged nearly 7000 hours underwater with a record solo dive to 1000 meters and nine saturation dives including leading the first team of women aquanauts during the Tektite Project. Her research concerns marine algae and deep water ecosystems with special reference to exploration, conservation and the development and use of new technologies for access and effective operations in the deep sea and other remote environments.

She has been awarded more than 100 national and international honors including the 2009 TED Prize, the Netherlands Order of the Golden Ark, the National Women’s Hall of Fame, Academy of Achievement, and medals from the Explorers Club, the Philadelphia Academy of Sciences, Lindbergh Foundation, National Wildlife Federation, Sigma Xi, Barnard College, Society of Women Geographers, the National Parks Conservation Association, and the Natural Resources Council.