Sorry, this trip has already taken place, but please check out our other upcoming trips. 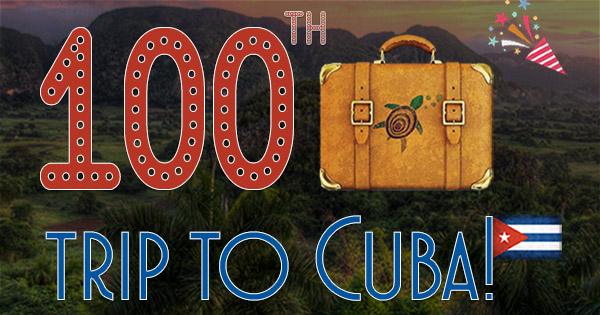 Join the “Ocean Doctor” on his 100th Trip to Cuba! 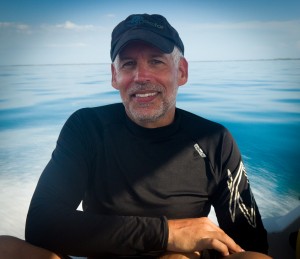 For nearly 18 years, Ocean Doctor founder and president, Dr. David E. Guggenheim has dedicated his career to research and conservation efforts in Cuba to protect coral reef ecosystems, working in close collaboration with Cuban scientists, conservationists and citizens through Ocean Doctor’s Cuba Conservancy Program. His work has been featured on 60 Minutes, PBS NewHour, the New York Times among others. Joint work on marine science and conservation has been cited as one of the best examples of Cuba-U.S. collaboration and has been credited with helping to support diplomatic efforts to normalize relations between the two countries. Since his first visit to Cuba in 2000, Dr. Guggenheim has been enchanted with the island’s natural wonders, its rich and vibrant cultural heritage, but most of all, by the warmth and spirit of the Cuban people. To celebrate his 100th visit to Cuba, he is inviting a small group (limited to 10) to join him on an exclusive trip to visit some of his favorite places and people on the island.

Ocean Doctor’s award-winning educational travel experiences in Cuba are unique, providing participants with a rich, in-depth experience that draws from nearly 18 years leading collaborative research and conservation work in Cuba. Participating in our educational programs provides participants with exclusive access to some of Cuba’s most important scientists, conservationists and community leaders, working tirelessly to help Cuba navigate profound change while protecting its natural and cultural heritage.

Join David on an exclusive educational journey to his some of his favorite locations and visits with some of his favorite Cuban friends and colleagues. Our journey will explore some of Cuba’s most culturally vibrant cities – Havana, Cienfuegos and Trinidad – passing among the country’s pristine natural ecosystems. We will also engage with Cuban scientists, artists and community members to explore how Cuba is changing.

This trip is limited to 10 participants to provide a more personal and intimate visit and provide flexibility during our journey. You’ll get an up-close and personal visit providing you with an authentic look at life in Cuba today, a behind-the-scenes look at Ocean Doctor’s research and conservation work, a chance to enjoy Cuba’s natural beauty (including scuba diving in the Bay of Pigs), and an opportunity to experience the rich cultural diversity and beauty that Cuba has to offer, while experiencing meaningful contact with the Cuban people. 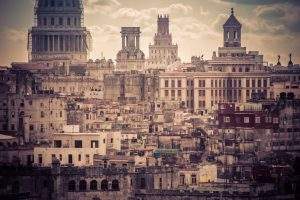 Havana is Cuba’s capital and the Caribbean’s largest and most vivacious city. Its culturally-rich, romantic atmosphere and infectious energy are legendary. Havana is the only place in the world where you’ll find vintage American Chevy’s and Fords running alongside Russian Ladas. Revolutionary slogans adorn many buildings, but you’ll also find vibrant night clubs, jazz and ballet. The architecture of the city is striking and Old Havana is under restoration as a UNESCO World Heritage Site. 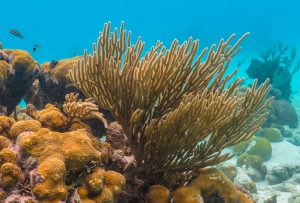 Playa Girón is a tranquil beach village on the east bank of the Bahia de Cochinos (Bay of Pigs) on the southern coast of Cuba. It is adjacent to Cuba’s Ciénaga de Zapata, an enormous and well-preserved wetland area harboring a wealth of wildlife. 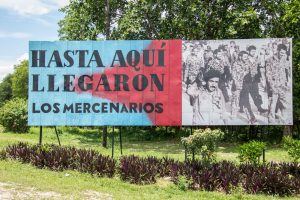 In April 1961, Playa Girón was one of two landing sites for seaborne forces of about 1,500 armed Cuban exiles in the Bay of Pigs Invasion, an American CIA-sponsored attempt to overthrow the new government of Cuban Prime Minister Fidel Castro. Today, the Museo Girón is a small museum dedicated to the historical conflict. The Bay of Pigs is now a no-take marine protected area with scuba diving and snorkeling available. 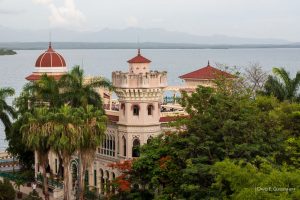 Cienfuegos, Cuba’s “La Perla del Sur,” the “Pearl of the South” summons travelers from around the world, drawn into its seductive melee of French Colonial spirit and architecture. A relatively young city, Cienfuegos was settled in 1819 by French and Louisianan immigrants and to this day retains much of its former charm, leading to its 2005 declaration as an UNESCO World Heritage site. The city is known for its spacious, sea-misted streets and plazas. Throughout its history, ships used the surrounding bay as a refuge during storms in the Caribbean. Our group will meet with local officials discuss the environmental challenges they face with the industrial development along the bay and the coastal areas. 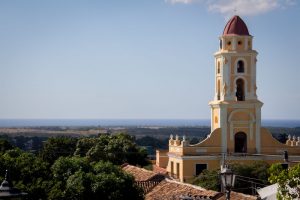 Trinidad is one of the best-preserved colonial towns in the Caribbean and a World Heritage site, dating back to the 1500s when sugar trade was the main industry in the region. The valley has many idle historic sugar plantations that are a reminder of the importance of sugar to the Cuban economy over the centuries. Slaves from Africa were essential in the operation of sugar plantations, as well as servants in the palatial homes of the owners. Today, due to the lack of investment in the industry, Cuba imports 60 percent  of the sugar it consumes. Trinidad has a strong artisans community, including an outdoor market, well known for artisan works of woodcarvings and fine handmade lace, as well as ceramics, masks, and musical instruments. 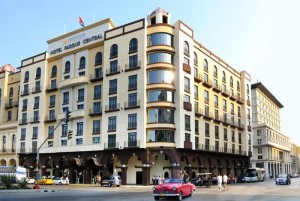 Hotel Parque Central in the heart of Old Havana

While in Havana we’ll stay in the 5-star Hotel Parque Central in the heart of Old Havana, and while traveling to Playa Girón, Cienfuegos and Trinidad we’ll experience stays in upscale Cuban homes or casas particulares, with all the comfort and privacy of a hotel with a healthy dose of authenticity and warm hospitality. We’ll travel in comfort in a modern air-conditioned bus. Airport transfers included.

Highlights Only – Some Events and Meals Not Listed; Subject to Change

Note:  Unless otherwise specified, all meals are included though they may not be listed on this itinerary overview

Price per person: $4,997 (double occupancy; $750 single supplement). Your travel supports our work as a 501(c)(3) nonprofit organization.  A portion of your travel fee is tax-deductible.

Not Included: Airfare to/from Cuba; Cuban visa; departure tax; ; Cuban visa, departure tax; Meals not on itinerary, 4 lunches and 3 dinners (B/L/D per itinerary); alcoholic drinks in excess of one per meal; bottles of wine; excursions not on the itinerary; tips for local guide(s), drivers(s) (optional, but customary and appreciated); travel insurance.

Air Transportation:  Your air travel on a commercial carrier will be arranged from your home city to Havana by our Travel Service Provider, Marazul Charters. Marazul will also provide you with your Cuban visa. 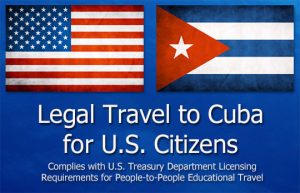 Travel to Cuba under Ocean Doctor’s Cuba Educational Experiences Program is legal for U.S. citizens and residents (and meets the new restrictions imposed by the Trump Administration.) Ocean Doctor is licensed by the U.S. Treasury Department for educational programs to Cuba and we work to ensure that all activities are in full compliance with U.S. Treasury regulations. Despite the normalization of diplomatic relations between Cuba and the U.S., the U.S. economic embargo of Cuba remains in place. Under the embargo, travel to Cuba by U.S. citizens for tourism is prohibited. However, licensed “people-to-people” educational visits are permitted. 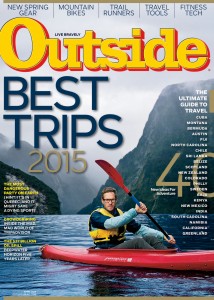 Ocean Doctor’s Cuba Educational Experiences program was recognized in Outside Magazine’s Best Of Awards for 2015!

Our trip…exceeded my expectations! The Cuban people were warm and welcoming to us all. Our educational programs totally raised my awareness of the beauty and importance of keeping our reefs healthy…I hope that David and Ocean Doctor can continue these programs to others. 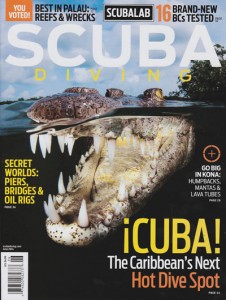 Ocean Doctor is a nonprofit organization based in Washington, DC. Our mission is to advance the conservation of the world’s oceans through scientific research, education and community engagement. Our Cuba Conservancy Program is built on more than 16 years of work experience in Cuba. At the core of Cuba Conservancy’s mission is to establish sustained collaboration between Cuba and the United States to:

The program builds upon a strong foundation of scientific research. Research not only serves the purpose of advancing science and informing conservation policy efforts, but also helps forge strong, long-term collaborative relationships and credibility, facilitating efforts in the policy arena.

IMPORTANT: Touristic travel to Cuba by Americans remains ILLEGAL. Despite normalization of diplomatic relations between the U.S. and Cuba, the trade embargo remains in effect. Please be aware of travel scams as a number of travel agencies are illegally offering scuba diving and fly fishing packages to U.S. citizens without proper licensing or by offering trips under unrelated licenses, such as religious licenses or humanitarian aid. Booking travel directly with these organizations violates U.S. law. Travel with Ocean Doctor is legal under a license from U.S. Department of Treasury. Click here for more information.