The 2010 Deepwater Horizon oil spill “devastated” life on and near the seafloor, a marine scientist has said.

Studies using a submersible found a layer, as much as 10cm thick in places, of dead animals and oil, said Samantha Joye of the University of Georgia.

Knocking these animals out of the food chain will, in time, affect species relevant to fisheries.

She disputed an assessment by BP’s compensation fund that the Gulf of Mexico will recover by the end of 2012. 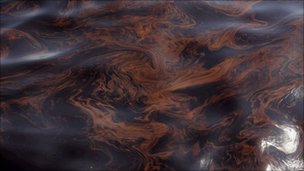 Millions of barrels of oil spewed into the sea after a BP deepwater well ruptured in April 2010.

Assessments of the clean-up effort have focused on the surface oil, but much oil remains at depth.

Professor Joye told the American Association for the Advancement of Science conference in Washington that it may be a decade before the full effects on the Gulf are apparent.

She said they concluded the layers had been deposited between June and September 2010 after it was discovered that no sign of sealife from samples taken in May remained.

Professor Joye and her colleagues used the Alvin submersible to explore the bottom-most layer of the water around the well head, known as the benthos.

“The impact on the benthos was devastating,” she told BBC News.

“Filter-feeding organisms, invertebrate worms, corals, sea fans – all of those were substantially impacted – and by impacted, I mean essentially killed.

Read the rest at BBC News…

Whaling: Beginning of the End?