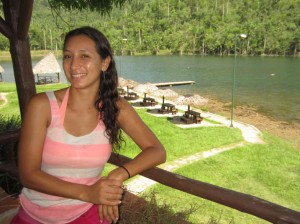 Maribel Guevara was born and raised in Quito, Ecuador where she studied Tourism and was a professional modern dancer. She moved to Washington DC in 2005 when she joined the Environmental Film Festival in the Nation’s Capital where she now serves as Program Associate. She has also helped other environmental film festivals get started and organized around in Europe and Latin America in the last years. 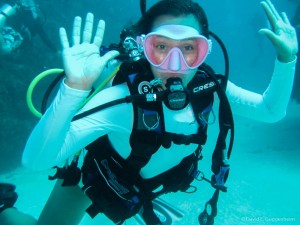 Maribel at Cuba’s Gardens of the Queen

The extensive amount of exposure to films on a myriad of environmental issues around the world has inspired Maribel to take action for environmental causes and even give up her dancing career. Maribel is inspired by documentary filmmaking and believes that film can change the world. She joined the Sea Shepherd Conservation Society in 2 campaigns protecting the Bluefin tuna in the Mediterranean, inspired by the film, Sharkwater.

Maribel is a very dedicated yoga practitioner, soccer player and biker in DC but always eager for adventure. She has gone hiking in the Himalayas, rock climbing in Patagonia, diving in New Zealand and surfing in Central America.

Her deep Latin roots, dancing background and strong environmental background make Cuba an ideal fit for her.  She is incredibly excited to serve as Expedition Leader for Ocean Doctor’s groups in this beautiful and very special Island!

Read more about Maribel in an article appearing in Voxxi: Maribel Guevara helps environment with screenings of Latin American films by Rosalba Ruiz (May 16, 2012)

We come from a culture where environment is definitely not a priority. Economic and social issues are at the top of the news. The environment has been left behind although slowly it is getting to the place where it should be. 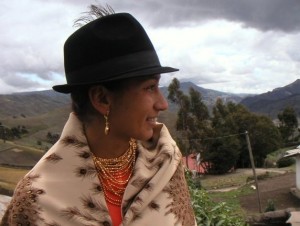