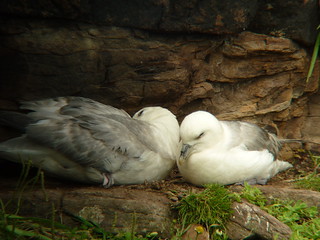 There is great concern about the impacts of plastics on marine wildlife in the Pacific, but much of the focus has been in tropical regions like the Northwestern Hawaiian Islands. A new study in Marine Pollution Bulletin and reported by Discovery News shows that plastics are impacting seabird populations in the Pacific Northwest as well, a region that researchers have compared to the highly-polluted North Sea with respect to plastic pollution. END_OF_DOCUMENT_TOKEN_TO_BE_REPLACED