Saving a Remarkable Fish Few Have Ever Seen

A Message From Our Interns

It all started with a guest lecture by Sonja Fordham at Johns Hopkins University – Advanced Academic Programs for the first-ever graduate class on ocean conservation, “Ocean Stewardship and Conservation,” authored and taught by Ocean Doctor president and Johns Hopkins professor, Dr. David E. Guggenheim. (To us, just “Dr. G.”)  Sonja — a former colleague of Dr. G. at Ocean Conservancy — leads Shark Advocates International in Washington, DC, dedicated “to conserving some of the ocean’s most vulnerable and valuable animals – the sharks.” We were deeply inspired by her words, work, passion and leadership on the difficult issue of shark conservation and especially her discussion of a most unusual member of the wonderful world of sharks and rays: The sawfish.

Our group was so inspired about this unusual but critically endangered fish, that for our final group project in the class — a policy white paper — four of us teamed up to focus on sawfish conservation. We are very excited to say that what began as our class project has evolved into real-world efforts — now as Ocean Doctor interns — working to support the sawfish conservation work of Sonja at Shark Advocates International as well as that of Olga Koubrak  who heads Sea Life Law in Halifax, Nova Scotia.

There are five species of sawfish found throughout the world. As interns at Ocean Doctor we are supporting Shark Advocates International and Sea Life Law on two species: The smalltooth sawfish (Pristis pectinata) and the largetooth sawfish (Pristis pristis). Sawfish resemble sharks, but they actually evolved from rays; they get their name from their elongated, blade-like snout (rostrum) that is studded with “teeth.” The smalltooth sawfish can grow to 18 feet in length and the largetooth can reach over 20 feet! (Between 21 and 30% of their size is accounted for by their rostrum.) These rays swing their rostrum side-to-side to stun their prey (fish, crustaceans, and invertebrates). 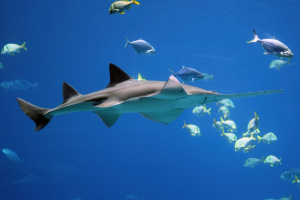 As Johns Hopkins students and now Ocean Doctor interns, we are learning just how challenging it is to rescue a seriously imperiled fish from the brink. Both species are critically endangered. The smalltooth sawfish was the first marine fish inhabiting U.S. waters to be placed on the U.S. Endangered Species List (in 2003). One of the biggest challenges is that achieving our goal requires an international effort as these species are found in a number of countries in the Caribbean and Gulf of Mexico.

Our work has consisted of ongoing research, especially on legislation geared towards protecting the two species of sawfish. We have worked closely with Olga and Sea Life Law, studying the legislative processes of Colombia and Panama, using present day conservation laws and seeing how they can be applied to sawfish conservation. We have compiled this work toward the goal of making recommendations to enhance the chances of successful sawfish conservation in the region. We hope to continue this work to include the Bahamas and Cuba.

The next step in the process is education, one of the most important tools in our conservation toolkit. Sawfishes are not a well-known species, so educating and reaching as many people as possible on these unique species is vital to successfully saving them. Sawfish are threatened by fishing. While there are no directed fisheries for sawfish, they are being unintentionally captured (i.e., bycatch) because, thanks to their long rostrum, they’re almost perfectly designed to get entangled in fishing nets. So fishers are an important audience.

Another issue is the fact that sawfish habitat, which includes shallow bays, estuaries and mangroves, are under assault by development, pollution and other factors. (Dr.G. tells us he was paddling a canoe in four feet of water in a shallow mangrove-fringed seagrass bed and glided right over a sawfish lying on the bottom. He’s never seen one since.) We hope to produce these education programs in at least two languages so they can be used in North and Central America, where we are focused on conservation efforts.

From Taylor: I suppose it’s worth mentioning that I became so enthusiastic about sawfish that I now have a large sawfish tattoo on my forearm. Dr.G. says that for sawfish, I now truly have skin in the game. 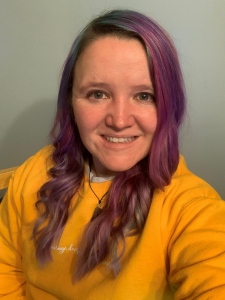 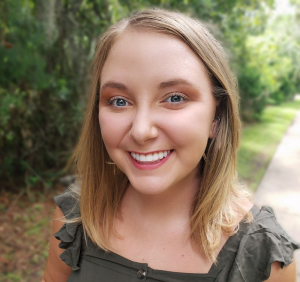