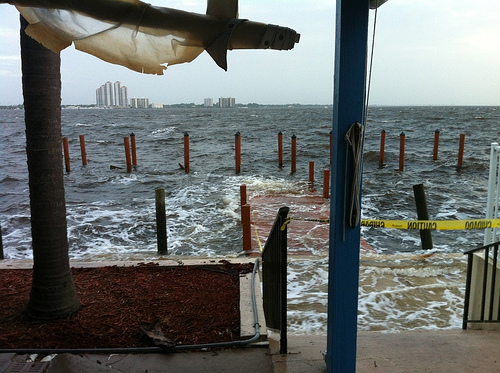 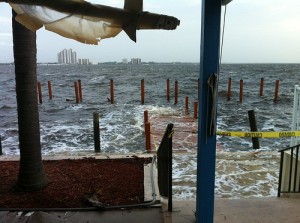 The Journal Nature reports that, despite our best efforts to reduce fossil fuel emissions, sea level rise associated with climate change is unstoppable, even under the most aggressive actions on greenhouse gas mitigation. According to the study, the question now is not if sea level rise will continue but to what degree. And that’s the good news. Without concerted mitigation strategies, scientists predict that future sea level rise would be substantial and continue to rise for centuries to come.

“There is a common perception that, if human societies make the significant adjustments necessary to substantively cut emissions of greenhouse gases, global temperature increases could be stabilized, and the most dangerous consequences of climate change could be avoided. Here we show results from global coupled climate model simulations with the new representative concentration pathway mitigation scenarios to 2300 to illustrate that, with aggressive mitigation in two of the scenarios, globally averaged temperature increase indeed could be stabilized either below 2 degrees Celsius or near 3 degrees Celsius above pre-industrial values. However, even as temperatures stabilize, sea level would continue to rise. With little mitigation, future sea-level rise would be large and continue unabated for centuries. Though sea-level rise cannot be stopped for at least the next several hundred years, with aggressive mitigation it can be slowed down, and this would buy time for adaptation measures to be adopted.”

Read the full story at Nature.org

Coral Reefs Collapsed, then Recovered After 2,500 Years
Scroll to top