Remember Eastern Airlines? I do. And I’m forever grateful to the long-gone carrier for transporting me to a new world exactly 35 years ago, a world that I’ve never left. […]

I suppose it was an appropriate start for an expedition about the oceans: Wet. A cold January morning rain pounded the Washington, DC sidewalks as I dashed, carry-on in tow, to catch a ride to the airport. Fortunately, a taxi driver quickly took pity on the umbrella-less, rapidly saturating figure waving his arm on the corner, and, in keeping with DC taxi cab tradition, I was soon in deep and interesting conversation about current events and, of course, politics.

END_OF_DOCUMENT_TOKEN_TO_BE_REPLACED

Until that tranquil morning in late June 1974, the sum total of my SCUBA diving experience had been in a landlocked state, in a stifling, moldy indoor YMCA pool in the Philadelphia suburbs and a Pennsylvania quarry, flooded with icy soup-green water. Barely comprehending the new world of pungent humidity, mountainous afternoon cumulus clouds, and lush tangles of flowering succulents I experienced at water’s edge during my first visit to the Florida Keys, I was wholly unprepared later that morning when I found myself seated in sugar-white sand with 40 feet of warm, clear aquamarine water above my head. As impossibly multi-colored fish passed slowly within reach before my wide 15-year-old eyes, my gaze broadened as I marveled at the towering jetties of coral around us, living layer cakes of corals upon corals, brown and mustard rock-like structures, encrusted with brilliant red, violet and orange coralline fans and branches, swaying in the warm, nourishing current and, like eager spring blossoms, reaching toward the dancing sunlight scattered on the surface above. END_OF_DOCUMENT_TOKEN_TO_BE_REPLACED 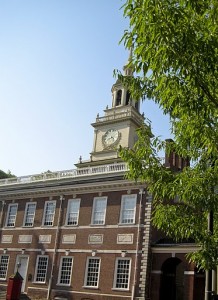 The Ocean Doctor returns to his hometown to visit Friends Select School in Philadelphia, Pennsylvania October 4-5, 2011 as part of the Ocean Doctor’s 50 Years – 50 States – 50 Speeches Expedition!

Associated Press: “Mightier than the pen?: Fish farms on land are future… by Vicki Smith (March 2, 2008) Appears in the following (under various titles):

MSNBC: Traveling in a Post-Fidel Cuba by Christopher Elliot (February 21, 2008)

Copley News Service: Ecotourism Tips: How to make your next vacation a green getaway by Chandra Orr (February 2008) [PDF]

The New York Times: Conserving Cuba, After the Embargo by Cornelia Dean (December 25, 2007)

Dr. David E. Guggenheim, president of 1planet1ocean, will be available for interviews for these upcoming ocean-related dates:

June 5, 2008: World Environment Day (United Nations Environment Programme)
Suggested topic: The New Green is Blue: What the Oceans are Telling Us and Why it Matters.

June 8, 2008: World Ocean Day (Created in 1992 at the United Nations Earth Summit in Rio de Janeiro)
Suggested topic: The New Green is Blue: What the Oceans are Telling Us and Why it Matters.

Dr. David E. Guggenheim is an accomplished public speaker and is available to deliver keynote addresses to large audiences or informal talks to smaller groups.