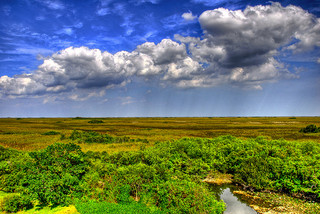 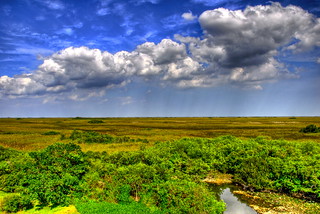 The Environmental News Network (ENN) reports that a federal judge has approved an $880 million plan to restore the Everglades, a decision that could result in the settlement of numerous lawsuits spanning 25 years. In addition, U.S. Agriculture Secretary Tom Vilsack visited Kissimmee, Florida to announce an infusino of an additional $80 million from the federal government to support farmers and ranchers who voluntarily conserve wetlands on agricultural land in the northern portion of the Everglades Ecosystem.

Judge Gold’s ruling came in a lawsuit filed in 2004 by the Miccosukee Indian tribe, whose reservation is in the Everglades. The tribe claims state and federal agencies have failed to enforce Clean Water Act standards in the Everglades. An environmental group, Friends of the Everglades, joined the tribe as a plaintiff. A similar lawsuit dates back to to 1988.U.S. District Judge Alan Gold issued an order Friday allowing the U.S. Environmental Protection Agency to grant permits for the plan’s water treatment and storage projects.

The Comprehensive Everglades Restoration Program, CERP, a 30-year program authorized by Congress in 2000, is the largest single component aimed at restoring the greater Everglades ecosystem.

CERP focuses on modifying the massive flood protection system in South Florida to restore the Everglades and meet other water-related needs of the region, but progress had stalled during the Bush administration.

“After a decade of little progress,” those days are over, the Obama administration said in a new?on restoring Florida’s Everglades, released Friday in Kissimmee.