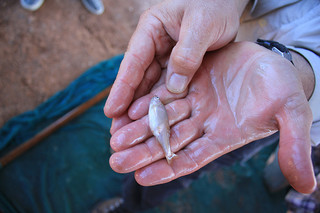 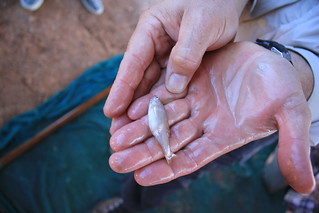 Exposure to Bisphenol A (BPA) from plastic pollution could accelerate interbreeding of native species with exotic species, like the red shiner (pictured). (Image by TimeScience via Flickr)

An article in Evolutionary Applications raises concerns about the impacts of plastics in aquatic environments. It has already been well-documented that Bisphenol A (BPA) affects animal development and behavior because it mimics the hormone estrogen. Consequences can include impairing the ability of males to produce offspring. New Scientist reports that the new study, led by Jessica Ward of the University of Minnesota in Saint Paul, demonstrates effects that have further consequences with serious implications for biodiversity.

Fish exposed to BPA were more likely than the unexposed fish to approach fish of the other species and court them.

Red shiners are an invasive species, often introduced to new areas by fishermen who use them as bait. They often hybridise with native species, and exposure to oestrogen-mimicking chemicals like BPA could make it even more likely that they would do so.

Although it has a lower profile than habitat loss and overhunting, interbreeding is a big threat to biodiversity. “Hybridisation is one of the most common and widespread causes of species loss, especially in fish,” Ward says.

The U.S. Food and Drug Administration rejected calls to ban BPA from all plastic food containers earlier this year.