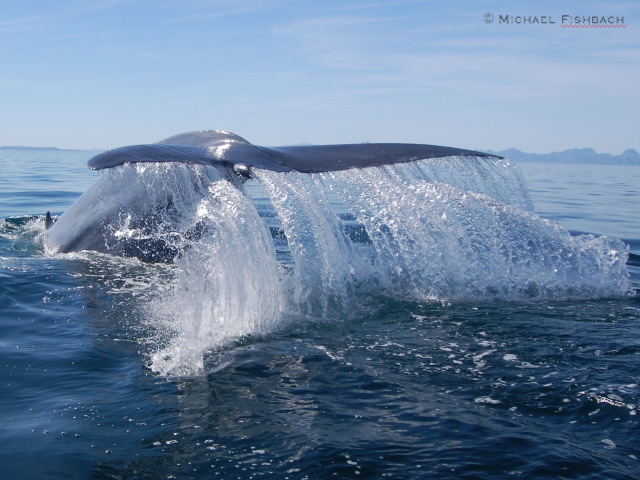 September 26, 2011: It was a battle cry in the ’60s and ’70s — “Save the Whales” bumper stickers reflected a burgeoning green movement and deep concern about the decimation of the world’s whale populations. But decades later, do the whales still need saving? The important answer and much more about whales — including his dramatic rescue of humpback whale, “Valentina” — from Michael Fishbach, co-founder and co-director of The Great Whale Conservancy. Also: The planet’s missing heat may be found; why you should NOT eat a ray to save the bay; and Happy Birthday, Greenpeace!

Have We Saved the Whales? 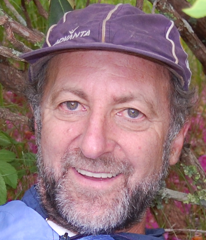 “Save the Whales” was a battle cry in the ’60s and ’70s at the dawn of the modern green movement, reflecting deep concern about the decimation of the world’s whale populations. But decades later, do the whales still need saving? The important answer and much more about whales — including his dramatic rescue of humpback whale, “Valentina” — from Michael Fishbach, co-founder and co-director of The Great Whale Conservancy.

After 24 years of playing Competitive tennis including 10 years on the men’s professional tour Michael became deeply interested in the great outdoors. Beginning in 1992 he started his work with the world’s great whales.  He worked  for 5 years with the Group for Research and Education of Marine Mammals (GREMM) based in Tadoussac, Quebec. He then moved on to work for 5 more years with the Mingan Islands Cetacean Study (MICS) of Longue Pointe, Quebec.

In these years Michael compiled thousands of hours aboard research vessels mostly studying the blue whale. Michael’s primary responsibility was to captain the vessels, but he also conducted photo ID work, acoustical work with hydrophones, took extensive notes and was a part of biopsy and satellite tagging work. With MICS he began to also work the winter season when blue whales are in the Sea of Cortez. Michael has logged over 5000 hours on various research vessels earning his degree in the field. 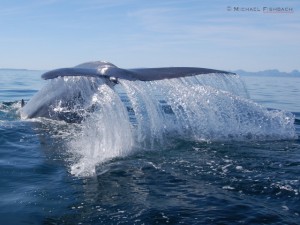 He now combines scientific research with conservation, which he deeply believes is a critical relationship that is necessary for the whale’s future survival. He also puts education and tourism into the mix and is a true natural history expert on great whales.

Conservation is Michael’s strongest passion and in 2010 with partner Dr. Gershon Cohen he formed the Great Whale Conservancy (GWC). The Earth Island Institute based GWC is committed to the preservation of critical great whale habitat focusing primarily on blue whales. In February of 2011 Michael spearheaded an effort to successfully free an entangled humpback whale named Valentina, in the Sea of Cortez . A video taken of this event has become a YouTube hit with over 4 million viewers so far. Michael has recently made? appearances on Good Morning American and Inside Edition regarding this effort.

Michael has plied the waters of the Sea of Cortez For 15 of the past 16 winters when the blue whales are present. He has acquired vast knowledge of many parts of the natural world both at sea, in the mountains and on the islands in his second home, Baja California. Through the GWC he has ongoing efforts to both reduce the incidence of ship Strikes on great whales off the coast of California and create a sanctuary for the blue whales in the Sea of Cortez.

(Warning: This video is rich in four-letter words!)