Ocean acidification may present one of the gravest threats to our planet’s ecosystems and yet it is also one of the least publicized aspects of the global climate change issue. Acidification is occurring very rapidly, causing unprecedented changes to the chemistry of the oceans. It’s been estimated that roughly half of human-produced CO2 emissions over the past two centuries (since the beginning of the industrial age) have been absorbed by the oceans, leading to a drop in ocean surface pH of nearly 0.1 units (on the logarithmic pH scale).

If human CO2 emissions continue at their current rate, by the end of the 21st century ocean acidity will drop by another? 0.3 – 0.5 units to acidity levels higher (or pH levels lower) than the oceans have experienced in hundreds of thousands of years, and this would happen at an unprecedented rate, roughly 100 times faster than any other such change ever documented over the same period.

There is strong consensus in the scientific community that, like our warming climate, ocean acidification is intensifying due to the massive emissions of CO2 from human activities. Increased CO2 upsets the natural balance of ocean chemistry — more CO2 shifts the balance toward increasing carbonic acid (H2CO3).

Ocean acidification is a profoundly serious problem that threatens to impact virtually every aspect of the chemical and biological functioning of the oceans as we know them today. Ocean acidification threatens to undermine the function of the ocean’s major ecosystems, including the majority of the world’s coral reefs, potentially causing an unraveling of ocean food chain, large-scale extinction events, and impacts on the oceans’ commercially important fish stocks.

Because of ocean ecosystems’ complexity, it is difficult to precisely predict the impact of ocean acidification. In addition, the impacts will likely vary by regional differences in chemistry as well as by the resistance and resilience of different marine species. However, it is clear that acidification has the potential to cause widespread, significant and irreversible impacts on the functioning of ocean ecosystems, and if humankind does not make adequate strides in reducing greenhouse gas emissions, such impacts will likely occur by the end of this century.

One of the most significant impacts of acidification will be on calcification, the process by which corals, algaes, mollusks, etc. build their shells , plates and other structures from calcium carbonate (CaCO3). Laboratory results show that an acidic ocean would make it impossible for these plants and animals to build their CaCO3 structures – essentially, these structures? would be dissolved faster than the plant or animal could build them. In this way, the world’s coral reefs, already pushed to the brink by elevated ocean temperature, nutrient pollution, overfishing, etc., could disappear altogether, along with a myriad of other species.

There’s a great deal of attention focused (especially the Southern Ocean) on the potential for oceanic food chains to be significantly disrupted by acidification given that many phytoplankton and zooplankton species that form the base of the food chain are calcareous, that is, they form a calcium carbonate shell, which would become impossible in a highly acidic ocean. It doesn’t take too much extrapolation to see the effect this could have up the food chain, including fish, whales, and penguins.

The oceanic food chain isn’t limited to organisms that dwell in the sea. We’ve already seen the devastating impact of El Nino on seabird populations, for example. Birds, seals, bears, etc. could also be impacted, as well as Homo sapiens, a species that still depends heavily on hunting wild fish stocks. Increasing acidity of the oceans will also limit the ocean’s ability to buffer increases in atmospheric CO2, something already being documented in scientific papers. This means that the planet is becoming less and less able to absorb the CO2 emitted by fossil fuel consumption, which, in turn could translate into more CO2 remaining in the atmosphere and an even hotter climate.

According to the Royal Society’s 2005 report (Ocean acidification due to increasing atmospheric carbon dioxide. Policy document 12/05. June 2005. ISBN 0 85403 617 2 (www.royalsoc.ac.uk), “Ocean acidification is essentially irreversible during our lifetimes. It will take tens of thousands of years for ocean chemistry to return to a condition similar to that occurring at pre-industrial times (about 200 years ago).” There have been a number of mitigation strategies proposed, such as essentially dumping chemicals into the ocean to counteract the effects of increased CO2. However, the scale at which this would have to be done is enormous. Such methods might only be effective in localized areas and might themselves cause damage to marine organisms.

There is strong consensus in the scientific community that the solution to this problem is the immediate and sustained reduction of greenhouse gas emissions, reductions that may well exceed those being put forward today, underscoring the urgency for the United States to demonstrate stronger leadership on this issue.

Fortunately, this issue is finally becoming better publicized and part of the overall climate change dialogue, and the mainstream media is now reporting on the significance of this issue. 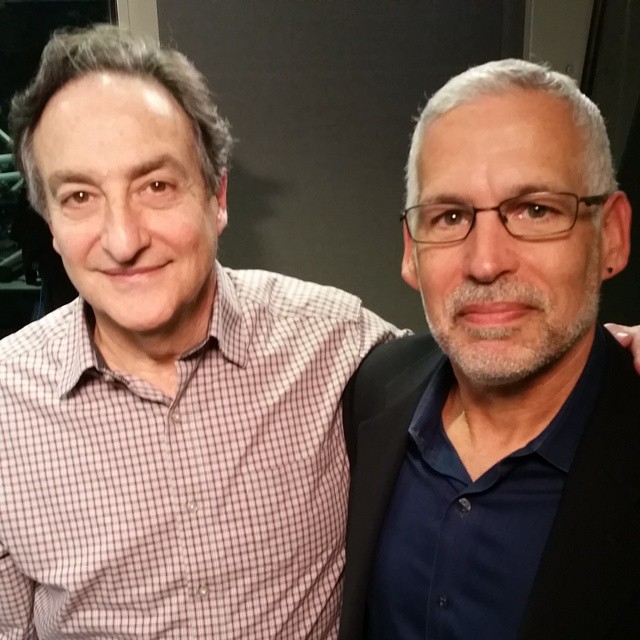