Ocean Doctor founder and president, Dr. David E. Guggenheim, will speak and moderate a panel on corals and coral conservation at a special breakfast presentation at The Explorers Club on Wednesday, June 7th.

As part of its wider World Oceans Week, The Explorers Club is hosting a week of free breakfast panels. Featuring a new topic each morning, these panels feature leaders on the most pressing ocean issues. Doors open at 8am with coffee and breakfast offerings for guests. Panels start at 9am sharp.

Breakfast panels are free of charge and open to public walk-ins, sign-up not required. But be sure register here on eventbrite to guarantee yourself a seat!

The Explorers Club is an international multidisciplinary professional society dedicated to the advancement of field research and the ideal that it is vital to preserve the instinct to explore. Since its inception in 1904, the Club has served as a meeting point and unifying force for explorers and scientists worldwide. It promotes the scientific exploration of land, sea, air, and space by supporting research and education in the physical, natural and biological sciences.

Following the dramatic December 2014 announcement by President Obama, the U.S. and Cuba are working toward normalized diplomatic relations for the first time in a half century. Prior to the announcement, among the few points of U.S. engagement with Cuba had been in marine research and conservation. With the announcement, the opportunities to expand collaborative marine research, conservation and education are profound and immediate. And the imperative could not be greater. While significant marine resource degradation has been documented throughout the wider Caribbean region, in contrast, Cuba offers an underwater oasis of healthy coral reef ecosystems. Collaborative U.S.-Cuban efforts can ensure protection of healthy reefs, and further may provide important insight on protecting and restoring coral reefs throughout the Caribbean. At the same time, normalized relations will open new channels of commerce and tourism and put new pressures on marine resources. This panel will explore the prospect of normalized diplomatic relations for continued and expanded collaboration and examine new opportunities and threats as we approach a post-embargo world.

Lunch provided for all premier registrants, and limited quantities available for purchase on-site.

This panel will be live-streamed at: OceansLIVE.org

Denver Divers and Colorado Ocean Coalition are teaming up for a very special Blue Drinks, featuring everything Cuba!

60 Minutes showed us what to expect diving in Cuba. The 12-minute segment hosted by Anderson Cooper became a siren song for many divers.

Dr. Guggenheim has dedicated the last 13 years of his life to conservation efforts for coral reefs and turtles in and around Cuba. During his presentation at Denver Divers, Dr. Guggenheim will talk about research results from his partnership with the University of Havana. Of course he plans to answer all your questions regarding travel to Cuba and diving in the pristine waters surrounding the island.

If you have ever dreamed of diving or traveling to Cuba, but did not want to risk the illegal activity of traveling there without the government’s permission, you do not want to miss this presentation. Denver Divers has partnered with the “Ocean Doctor ” to sponsor a legal Educational Tour of Havana and Jardines de la Reina.

Special Cuban snacks and a Cuban “Blue Drink” will be provided.

Please do not forget to carpool, as parking in front of the shop fills up quickly. 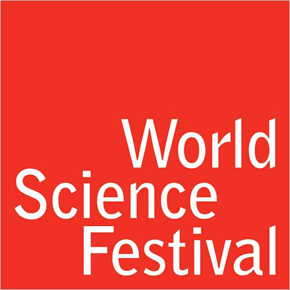 Event Summary
Cuba sits at the convergence of the Atlantic Ocean, Caribbean Sea and Gulf of Mexico. Its coastal waters are dense with islets, keys and reefs that provide critical habitats and spawning grounds for a rich array of fish, endangered sea turtles, manatees and other marine life. Preserving Cuba’s biodiversity is critically important to the natural resources and economies of coastal communities in the United States and other neighboring countries. END_OF_DOCUMENT_TOKEN_TO_BE_REPLACED

The world’s major coral reef science meeting, the International Coral Reef Symposium (ICRS), returns to the United States July 7-11, 2008, to be held in Ft. Lauderdale. Dr. Gaspar Gonz?lez Sans?n, Titular Professor at the University of Havana’s Center for Marine Research (Centro de Investigaciones Marinas [CIM]) is scheduled to be the lead presenter of a paper entitled, Present Condition of Coral Reefs and Associated Ecosystems in the Northwest Region of Cuba. END_OF_DOCUMENT_TOKEN_TO_BE_REPLACED