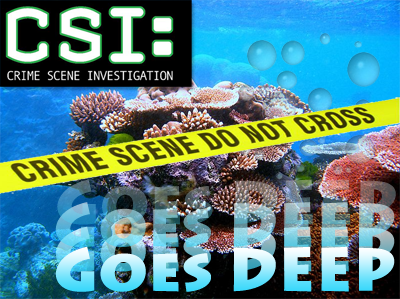 February 14, 2011: Crime Scene Investigation takes to the oceans with “Coral Reef CSI.” The Coral Reef Alliance (CORAL) is now the home of the international Coral Reef CSI program. This new partnership will expand the field of coral reef forensic investigation in coral reef locations around the world, offering more protection to these valuable and fragile ecosystems. Our guest, Rick MacPherson, Interim Executive Director and Conservation Programs Director at CORAL fills us in. Also: Discovery of the wreck of the Nantucket whaler, “Two Brothers” in Hawaii and a special expedition announcement by The Ocean Doctor! 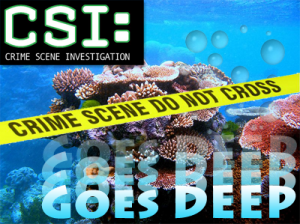 The Coral Reef Alliance (CORAL) is now the home of the international Coral Reef CSI program. This new partnership, announced by CORAL today, will expand the field of coral reef forensic investigation in coral reef locations around the world, offering more protection to these valuable and fragile ecosystems.

“The Coral Reef CSI program is filling an important niche, as few marine protected areas have field investigators armed with the knowledge and tools necessary to hold responsible parties accountable for injuries to managed coral reef resources,” said Rick MacPherson, Interim Executive Director and Conservation Programs Director at the Coral Reef Alliance (CORAL). “The program is a natural fit for CORAL because it is closely aligned with our own community-focused approach to reducing local reef threats in order to create and sustain healthy coral reef communities.” 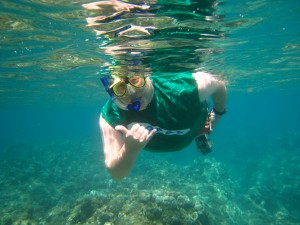 reefs. Participants also practice proper procedures for gathering and preserving evidence in the marine environment and receive expert advice on providing clear and concise analysis during decision-making processes such as court trials. 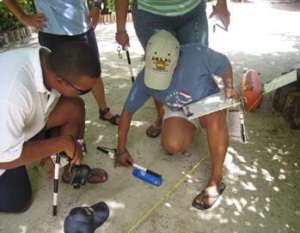 “By working together with CORAL, we look forward to expanding global efforts to improve coral reef investigation and enforcement,” said Dave Gulko, director of the international Coral Reef CSI field training program. “Through our partnership with CORAL, we plan to develop new educational and field methods for improving compliance and building support for coral reef conservation.”

A total of five Coral Reef CSI trainings are slated for 2011, including implementations in Honduras, Thailand, Indonesia, and Guadeloupe. Several new training modules focused on enforcement, field contaminant assays, and field sea turtle forensics are expected to be implemented later this year and into 2012.

The Coral Reef Alliance (CORAL) unites communities to save coral reefs. The organization provides tools, education, and inspiration to residents of coral reef destinations to support local projects that benefit both reefs and people. Originally founded in 1994 to galvanize the dive community for conservation, CORAL has grown from a small, grassroots alliance into the only international nonprofit organization that works exclusively to protect our planet’s coral reefs. Visit www.coral.org or call1-888-CORAL-REEF. 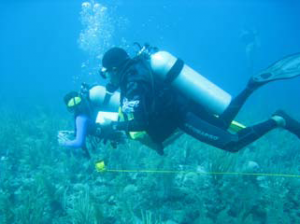 Also: The wreck of the Nantucket Whaler, “Two Brothers” and an Expedition Announcement.

Marine archaeologists working in the Northwest Hawaiian Islands discovered the wreck of the ?Two Brothers? a Nantucket whaling ship that went down 188 years ago after hitting a reef at the French Frigate Shoals, a treacherous atoll. What was a Nantucket whaler doing way out in the middle of the Pacific? Why is this particular wreck of such interest? And how does this wreck relate to the announcement the Ocean Doctor makes this week about an upcoming expedition? To find out, we roll out our time machine and head back to the early part of the 19th century, when Nantucket, that tiny island of Massachusetts, was the international whaling capital of the world.

Tip of the Week:

How Much Would You Pay for Every Other Breath You Take? 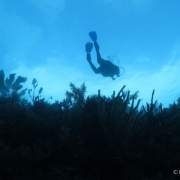 A Race to Save Coral Reefs
0 replies