November 29, 2010: Walter Parker, who has accumulated an incredible 55 years of leadership and experience in Alaska’s environmental issues, particularly as a watchdog of Alaska’s oil industry, joins us to share his unique perspectives on Alaska’s experience with the oil industry and whether we’ve yet learned our lessons. The stakes are high: The push is on to drill beneath the ice in Arctic waters. This week we hear from many of you as we give thanks to Mother Ocean! 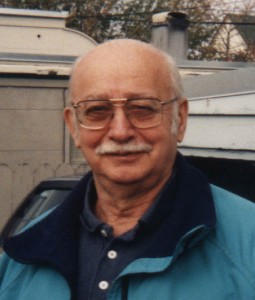 The push is on for offshore oil drilling in the Arctic, miles deep below Arctic waters and ice off of Alaska. But are we ready for this? What lessons have we learned from the BP Deepwater Horizon catastrophe and from Alaska’s own history, which includes the Exxon Valdez disaster in Prince William Sound, a disaster whose impact is still felt today, decades later.

This week we’re joined by Walter Parker, who has accumulated an incredible 55 years of leadership and experience in Alaska’s environmental issues, particularly as a watchdog of Alaska’s oil industry, to share his unique perspectives on Alaska’s experience with the oil industry and whether we’ve yet learned our lessons. Mr. Parker also has extensive experience in Alaska in planning and creating parks and wildlife refuges. During construction of the Trans-Alaska Pipeline, Walt was Environmental Consultant to the State Pipeline Coordinator’s Office and also Director of Technical Staff. He also served as Chairman of the State’s Oil Tanker Task Force during that period. He’s a former Research Associate in wildlife, fisheries, Law of the Sea and transportation at the University of Alaska and also the Distinguished Practitioner in Residence in regional and urban planning, public administration and political science at the University in Anchorage. 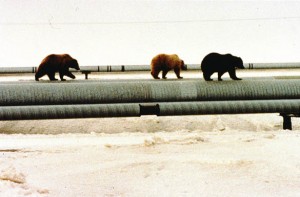 He has held State positions as Commissioner of Highways, Chairman of the Joint Federal/State Land Use Planning Commission for Alaska, Member of the Alaska Board of Fish and Game and Chairman of the? Alaska Hazardous Substance Technology Review Council. His federal appointments include several positions in the Federal Aviation Administration, Commissioner on the U.S. Arctic Research Commission and presently serving as a Delegate to the Arctic Council where he serves as Chairman of the Circumpolar Infrastructure Task Force, the Sustainable Development Working Group and the Emergency Preparation, Prevention and Response Working Group. He presently is Chair of the Prince William Sound Science Center. Walt helped found many of Alaska’s past and current environmental organizations including the Alaska Conservation Society, Trustees for Alaska, the Alaska Center for the Environment and Oil Watch. He also serves on the Advisory Board of The Ocean Foundation.

The Ocean Revolution is Underway!
0 replies

The War, The Exodus, The Hurricane, The Oil Spill: One Gulf Community’s...