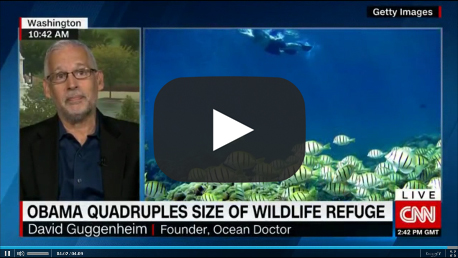 In 2007, Greenpeace launched a groundbreaking expedition to explore the two largest underwater canyons in the world, in the heart of the Bering Sea. It was the first time manned submersibles ever entered these canyons and human eyes gazed directly upon their treasures. Ocean Doctor president, Dr. David E. Guggenheim served as a sub pilot and scientific consultant during the 2007 expedition. The expedition revealed an extraordinary tapestry of life thousands of feet below the surface, including beautiful, brightly-colored deepwater corals, sponges, anemones, octopus and fish and resulted the discovery of new species and species ranges. END_OF_DOCUMENT_TOKEN_TO_BE_REPLACED

New Orleans, LA, February 8, 2013 – Today, the Gulf of Mexico Fishery Management Council – the body that advises the National Marine Fisheries Service on fish and fishing in the Gulf – voted to push forward regulations that would permit industrial fish farming in the Gulf of Mexico. The Council did so in violation of a number of procedural laws, as well as in direct conflict with the members’ oath of office to conserve and manage the marine resources of the Gulf of Mexico for the benefit of the nation. Open water fish farming is well documented to be highly problematic for both people and our planet. END_OF_DOCUMENT_TOKEN_TO_BE_REPLACED

Stop Offshore Factory Fish Farming in the Gulf of Mexico

The Gulf of Mexico has been battered by hurricanes, covered in oil and then sprayed above and below with chemicals in an effort to mask the terrible effects of the spill. Now, the Gulf faces another serious threat that can harm the rest of our ocean waters, marine wildlife and people too. END_OF_DOCUMENT_TOKEN_TO_BE_REPLACED

Cruise ships are floating cities that produce and discharge large volumes of sewage and other harmful wastes.  In 2006, Alaska voters passed a statewide ballot initiative requiring cruise ships to reduce their pollution dumping in Alaskan waters (i.e., from the shoreline out to 3 miles).  In response, cruise ship lobbyists pushed through legislation in 2009 to establish an industry-dominated “Science Panel,” which immediately set out gathering information to weaken the 2006 citizen initiative (industry lobbyists excluded the most knowledgeable public interest voice in Alaska from the panel because they did not want any opposition to their pollution rollback plans). END_OF_DOCUMENT_TOKEN_TO_BE_REPLACED 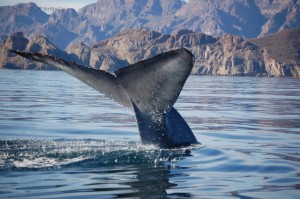 The Great Whales need our help.  They face multiple threats today in many parts of the world: “scientific whaling,” ship strikes, habitat encroachment, decreasing food supplies, ocean acidification, etc.; it is up to us to take on these threats and do what we can to protect these magnificent, sentient beings.

The Great Whale Conservancy was created in 2010 to answer this call, and the first problem we are focusing on is the ship strike issue that plagues whales in oceans around the planet –where great whales and cargo ships, oil tankers, and cruise ships try to occupy the same place at the same time.  The whales have no choice: they need to follow their food and consumes tons of protein every day to survive.  The ships have a choice: they can adjust their transits to minimize the time they spend in Great Whale habitat. END_OF_DOCUMENT_TOKEN_TO_BE_REPLACED