The ExpeditionCasts podcast is back! The series returns with the video version of the Ocean Doctor’s popular blog post, “Attacked by the Giant Squid’s Cousins.” (You can access the video version below.) That’s big news. But the GINORMOUS news is that ExpeditionCasts returns along with a new version of Google Earth. Version 5.0 of Google Earth allows you to explore the other 70 percent of the planet — the world’s oceans — and access stunning underwater video content from around the world.  We have been privileged to be a contributor to this enormous, er, GINORMOUS project, and you’ll find five ExpeditionCasts videos among the others Google Earth 5.0. Look for them in Alaska’s Bering Sea and off the northwestern coast of Cuba.

The project has been a two-year effort stemming from a chance meeting of oceanographer Dr. Sylvia Earle and Google’s John Hanke at a meeting of the Geographical Society of Spain. Dr. Earle pointed out, directly but politely, that Google had done a great job with Google Earth, until you entered the water, that is. Since then, a large team of collaborators was assembled and has worked to bring the other 70 percent of the planet to life in Google Earth 5.0.

We invite you to explore Google Earth 5.0. If you like ExpeditionCasts, we’ll be releasing each of the videos that are part of Google Earth 5.0 over the next few weeks, which you’ll receive automatically if you subscribe to our feed (free) below. We recommend that you subscribe for the best video quality and so you don’t miss a single episode! 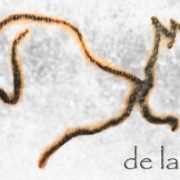 Choose Nausea or Sleepiness. Or Perhaps You'd Like Both?
0 replies