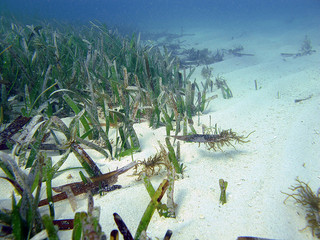 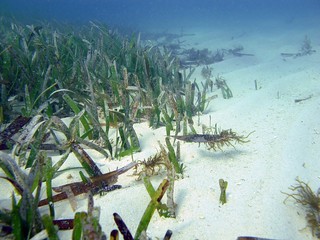 The BBC reports on research pointing to the importance of seagrasses to protecting coral reefs against the impacts of ocean acidification, caused by carbon dioxide from fossil fuel emissions dissolving in seawater, causing unprecedented increases in the ocean’s acidity.

Dr. Richard Unsworth of Swansea University, along with a team of scientists from Oxford University and James Cook University in Australia, found several types of seagrass which may reduce the acidity of water around reefs, protecting them from erosion from acidifying seas.

The survival of these corals has been threatened by carbon dioxide in the atmosphere over the last 40 years, as it has raised the acidity of the oceans, rotting the reefs in the same way as fruit and fizzy drinks can erode tooth enamel.

But now Dr Unsworth believes he has found varieties of seagrass which can photosynthesise carbon dioxide so quickly and efficiently that they actually turn the surrounding water more alkaline.

“Highly productive tropical seagrasses often live adjacent to or among coral reefs and photosynthesise at such rates you can see the oxygen they produce practically bubbling away,” he said.

“We wanted to understand whether this could be a major local influence on seawater and the problems of ocean acidification.”

Read the full story at BBC

Seagrasses actually pack a double-punch against the effects of carbon dioxide. Research in Nature Geoscience finds that coastal seagrass has the potential to be vital carbon sinks and therefore part of the solution to climate change. Blue Climate Solutions, a project of The Ocean Foundation, is working to promote a concept recently termed ‘Blue Carbon.’ They seek to mitigate climate change by advancing policies that promote the roles coastal and ocean ecosystems play as natural carbon sinks, including the conservation of ecosystems such as seagrass meadows, mangrove swamps, and salt marshes. 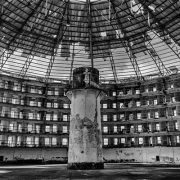 Acid Oceans: The Gravest and Most Immediate Planetary Threat Yet? 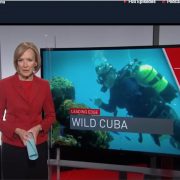 Saving the Oceans from Acidification Starts With an End to Fossil Fuel Subs...

Emperor Penguins Disappearing Due to Climate Change
Scroll to top