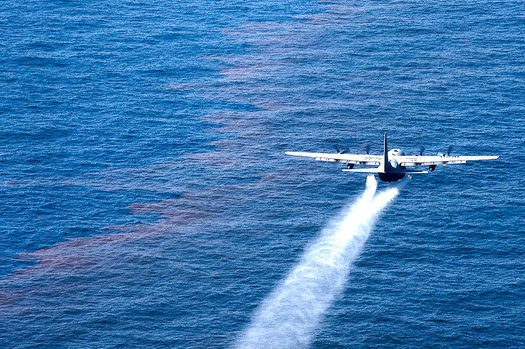 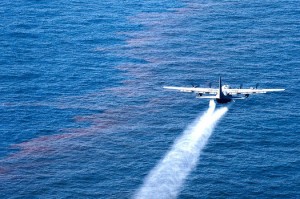 In a study published in PLos ONE, investigators studied a large die-off of dolphins in the Northern Gulf of Mexico. During the first four months of 2011, 186 bottlenose dolphins, 86 of which were very young perinatal calves, washed ashore from Louisiana to western Florida. For perinatal dolphins, this stranding rate was nearly 6 times higher than the average number of perinatal strandings in the region during the previous 8 years and nearly twice the historical percentage of total strandings. These dolphin deaths represent the largest marine mammal mortality event in the Northern Gulf of Mexico since 2004, when a red tide killed more than 100 bottlenose dolphins off the Florida panhandle.

What killed so many dolphins? Investigators point to a “perfect storm” of dolphins weakened by the BP oil spill, then killed by colder-than-normal water in the Gulf that took its toll on a vulnerable dolphin population.

The investigators point to to studies of other marine mammals that have shown that a combination of exposure to contaminants and sustained cold could lead to mortailty of top predators such as dolphins, sea lions and others.

We propose the possibility that an extreme cold and freshwater event centered on the Mobile Bay watershed in early 2011 contributed to the location and frequency distribution of perinatal strandings among bottlenose dolphins along the nGOM [Northern Gulf of Mexico] coast in early 2011. Our data suggest cold temperatures were not the sole cause of death, but raise the possibility that the Mobile Bay freshet and corresponding regional temperature depressions were a culminating stressor to a bottlenose dolphin population that was already under stress or in relatively poor body condition (such as due to compromised food resources and bacterial infection). …More at Were Multiple Stressors a ?Perfect Storm? for Northern Gulf of Mexico Bottlenose Dolphins (Tursiops truncatus) in 2011? (PLos ONE)

Fertilizing the Oceans with Iron Sinks Carbon, But is it a Good Idea?